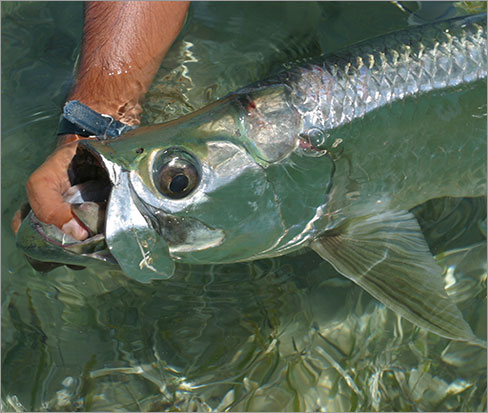 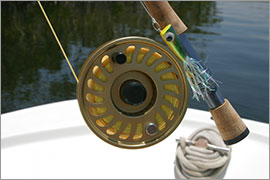 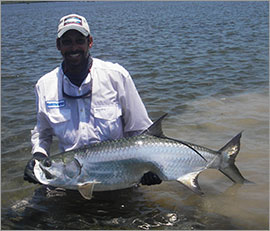 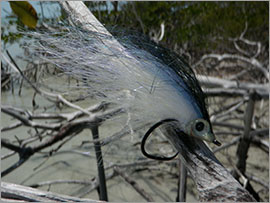 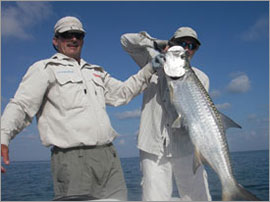 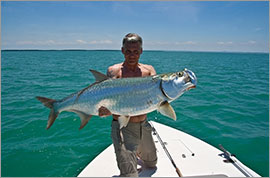 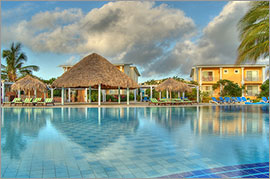 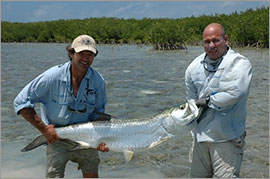 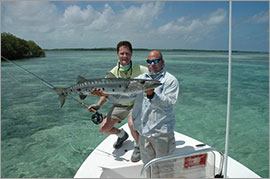 LOCATION
Villa Clara is located on the North central coast of Cuba, about an hours flying time from Havana.

SEASON OF OPERATION
April 15 to July 30.

ARRIVAL AND DEPARTURE LOGISTICS
The week begins on Saturday and ends the following Sunday. Guests will need to spend an additional night in Havana on the back end of their trip, unless they have an early evening flight out of Havana.

ACCOMMODATIONS
The hotel where guests stay when fishing Villa Clara is called Las Brujas. It has a unique design in that the entire facility is interconnected by a series of wooden walkways. The split level rooms all face north and overlook the ocean. The hotel rooms are large and spacious; each comes with two double beds, A/C, cable TV (ESPN!) and a private deck overlooking the ocean. The hotel has two hot tubs that also overlook the large bay in front of the hotel. The food is very good and a well stocked bar serves all the favorites. There is stunning beach just to the right of the bar/restaurant area and it’s just a short walk down the wooden path to where guests board the skiffs each morning.

The Villa Clara coast is brimming with islands and tidal lagoons that hold a wide variety of fish. What really makes this area so special are the large number of big tarpon that migrate to the offshore bays during the late spring and summer months. Tarpon over 100 pounds are common here and we lost several this past June that were pushing 140. The typical sized fish is somewhere in the neighborhood of 60 to 90 pounds with an average number of hook ups at about 7 to 10 per day. A good day will bring as many as 20 hook ups. The big tarpon come to this part of Cuba each year to feed on the abundant shoals of sardines which are found in the main channels and bays in the late spring and summer months.

Guests will be sight casting to rolling fish as well as fishing with intermediate sinking lines when the fish are 6-10 feet deep, depending on the conditions. This is primarily a tarpon location and while there are opportunities to fish for large snappers, barracudas and jacks, tarpon will always be the principal game fish to target when at Villa Clara. There is also a large mangrove estuary that holds a good number of juvenile tarpon in the 10-30 pound range. Because this fishery is on the exposed north shore of Cuba, the area is highly susceptible to winds. As a result of this, we only book here in the late spring and summer, when the winds aren’t generally an issue. Happily, this coincides with the 100 pounders traveling through the area.

GETTING THERE
Guests will fly into Havana on Satuday where you will be met by a Slipstream Angling representative as soon as you clear customs. You will be driven into downtown Havana where you will spend the night at a 5 Star hotel enjoying the sights and sounds of this dynamic city. On Sunday morning, guests will be picked up at their hotel for the shuttle out to the regional airport on the outskirts of Havana. The flight from Havana to Villa Clara takes about 60 minutes and usually leaves Havana at 7:00am, which means that we’ll be picking guests up in the lobby of their hotel at no later than 5:00am. This is the only flight per day from Havana to Las Brujas/Villa Clara. Upon arrival, a waiting air conditioned bus will take guests directly to our ocean front hotel, which serves as our base for the week.

Slipstream Angling is a full service travel company and can handle international airfare, Cuban Visa applications, as well as a host of other services relating to your trip. Please contact us directly at 1 866 644-7703 if you’d like assistance.

- Guests can fly fish or spin fish at Villa Clara

- The kitchen will prepare your catch if you land one of the big snappers that are fairly common at this fishery. They do a masterful job with fresh fish!

- There is a great little bar at the base of the marina where the skiffs are kept that serves cheap, ice cold beer. It’s a must after a long day on the water!!!